The software comes in Standard and Master Editions, costing $34.99 and $59.99 respectively. The only major difference between the two is the fact that the Master Edition can use VST plugins while the Standard Edition cannot. WavePad is another excellent hit, offering a small package which offers capable audio manipulation and a cleanly designed UI. Audio app for mac.

The stagebox/mixer format has become hugely popular of late. Does Behringer’s affordable take on the concept deliver the goods? Behringer describe their XR18 as an “18-channel, 12-bus digital mixer for iPad/Android tablets, with 16 programmable Midas preamps, integrated Wi-Fi module and multi-channel USB audio interface”. When I read this, it made the XR18 sound like something I’d be interested in any day of the week, and around the same time, a live job came up for which I needed a very compact, low-profile system. When I looked at the physical size of the unit and the overall cost of purchasing one, out came the credit card, and a couple of days later I owned one. Here, I’ll be giving you a description of the XR18’s main capabilities, and my impressions of owning and using it as a live-sound mixer.

Although none of the usual mix controls appear on the unit itself — everything being controlled remotely — there is a local headphone output, which is useful for monitoring from the stage if necessary. The 16 mic inputs are accessed via ‘combi’-type connectors which will take XLR or standard 6.3mm jack plugs (you can connect balanced or unbalanced sources), and so line-level inputs direct from jack-equipped gear can be plugged straight in.

Inputs 1 and 2 can accept signals from instruments such as electric guitars and basses that need to ‘see’ a very high impedance. This is all very handy stuff, and provided cable lengths are not too long and there are no ground-loop issues, the XR18 is all you need on a small band stage, as everything — mics, guitars, keyboards, playback — can just connect directly.

Behringer’s cutting-edge X Air digital mixers integrate with your iPad, Android tablet, Mac, Windows, or Linux laptop — and even your smart phone, for unprecedented mixing power and mobility. Plug in your mic and line level sources and mix from anywhere in the venue or studio via the free remote control app. 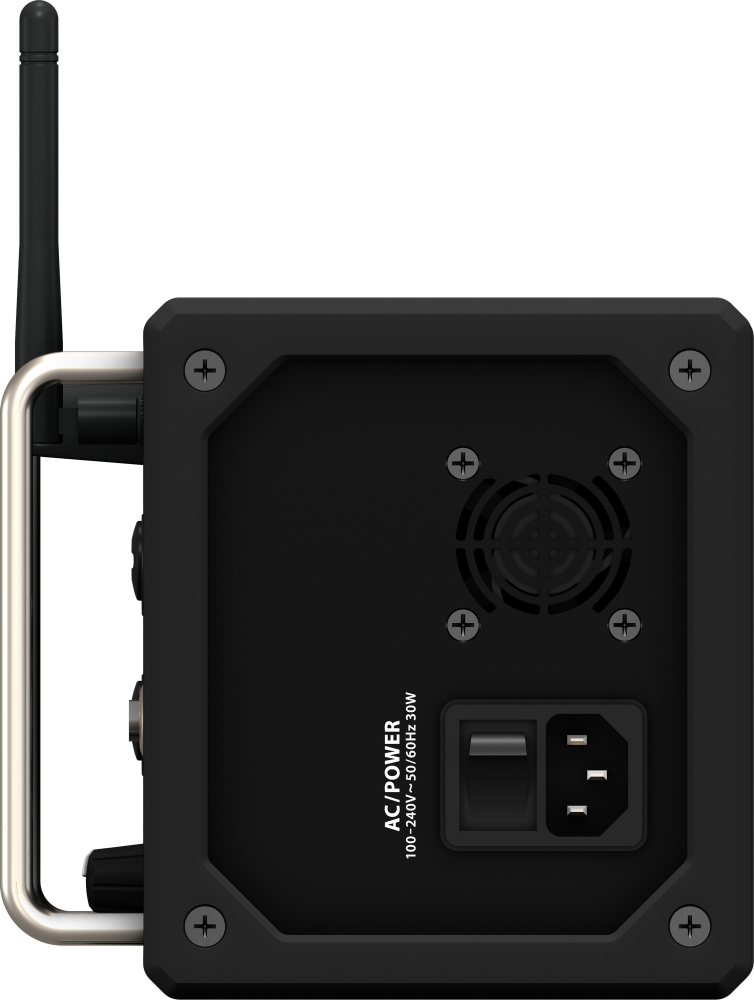 Inputs 17 and 18 are line-level only and do not have as much processing capability as the first 16 channels; these inputs are on standard TRS jacks. The eight analogue outputs — main left/right mix plus the six auxiliary outs — are all on balanced XLR connectors and, in terms of analogue in and out, that’s about it. The other connectors at the top of the panel are those concerned with control and digital I/O. The Ethernet port is where a LAN control cable or external wireless router is hooked up, and the associated ‘remote’ switch selects the control mode between LAN, Wi-Fi client or Access Point options. There are also MIDI control ports, an Ultranet port for use with Behringer’s P16 monitoring system, and a USB port that allows 18 channel bi-directional traffic for recording and playback on an external DAW application.

Finally, there’s a ‘get out of jail’ reset button which, if pressed and held for 10 seconds, resets every mixer function back to the factory defaults. All of this massive functionality is built into a very neat and sturdy stagebox, which has rubber bumpers on each end for stand-alone use, or can be mounted into a case or rack using the supplied rack ears. I installed mine in an empty 3U shallow rack case in about five minutes, and it not only looks the business but — being such a small unit to begin with — there’s plenty of space left inside the case to store the mains lead, some Cat 5 cables and an external router if you plan to use one. There is an on/off switch alongside the IEC connector on the side panel, and of course this is no longer accessible from the front when the XR18 is mounted in a rack — you either have to stick your hand in from the back or leave it switched on, which is what my crew do as they haven’t found it yet. The idea of such mixers is that the ‘stagebox’ part, which contains all the mix processing, sits near to the performers, with the control device being operated at the mix position; the controller is the interface between operator and system and, in the case of the XR18, there are no ‘real’ physical controls at all — everything is done on a touchscreen or with a mouse and keyboard.