Just over a year ago Google launched the Inbox for Gmail app on iOS and Android, and it works on Chrome, Firefox, and Safari on Macs and PCs. As best as I can figure out, Inbox is supposed to be a more productive email, and maybe the replacement for Gmail (but that’s just a guess). If you want Inbox now on your Mac, well, there’s an app for that. Download MailTab for Gmail - Email Client for macOS 10.7 or later and enjoy it on your Mac. ‎## GET THE BEST GMAIL APP FOR FREE! ## MailTab for Gmail is the ideal app for instantly accessing your Gmail account without having to open your web browser.

Google's Gmail is one of the most popular email products around, and with generous storage allotments, reliable service and easy web or client integration, it's not difficult to see why. There is one negative, however, in that push email support for iOS and Mac is lacking. If you depend on Gmail and need instant access to your messages, you'll want to look beyond Apple's first-party offerings. In evaluating the following Mac applications, each was loaded one-by-one and tested by sending emails from a second Gmail account running in a Web browser on another computer. MailPlane offers the best OS X experience of any third party mail application.

It's easy to configure, handles multiple accounts and was by far the quickest to push Gmail to the Mac. Testing from one account to another, MailPlane never once failed on a push operation. The interface is nearly identical to the Gmail Web interface, with the addition of some larger icons at the top for quick email composition, message management, access your contacts and more.

Just above an integrated Google search bar are tabs for adding multiple Gmail accounts, as well as Gmail Calendar and Contacts. If you don't like Gmail's Web interface, you probably won't like MailPlane as it's basically an OS X-coded wrapper. However, that same interface makes MailPlane a familiar work environment, while feature additions make it much more functional and easy to use compared to the regular Web client. For example, I really liked the menu bar icon —a black M in the Mac menu bar that turns red when you have new mail. You can click on this M to get new mail, compose mail, or set do not disturb. When you select do not disturb, the M turns upside to look like a W. MailPlane, according to the website has been around for 8.8 years and has had 156 updates. 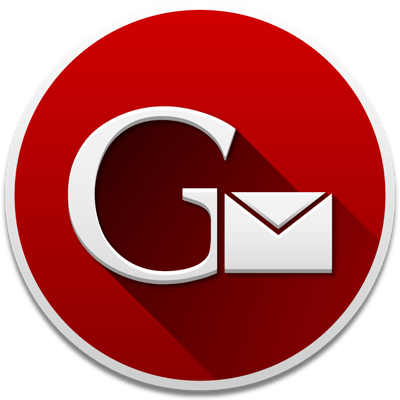 The app is available for a single user for $24.95 but can be installed on any Mac you personally use. There is a family license for up to five people in the same household for $39.95. MailPlane is not available on the Mac App Store but can be downloaded from the developer's. There is a 15-day trial if you want to check it out first. CloudMagic CouldMagic has fielded apps for iOS and Android for some time, and this month the company launched a version for OS X. CouldMagic is much more than a simple email app.

It combines all your emails accounts into one app and synchronizes them across all devices on which you have the app installed whether iOS, Android or OS X. Setup with Gmail was quick and easy. After Gmail asked for the standard permissions, all my folders and gmail synced up automatically. You can also add Exchange, Yahoo, Outlook, iCloud and other IMAP email accounts. Google Apps are also supported. One feature I really enjoyed with the CloudMagic iPhone app is that you can select the options to show when you swipe from the lock screen. With Gmail's native app, I'm limited to read or archive (I prefer delete or archive, as many emails don't need to be saved).