Designers and developers have many choices to make when it comes to getting work done, from what frameworks, languages, and image editing software to use, to what platform to run. The latter is an oft debated and controversial topic and the mere mention of it risks setting off flame wars of epic proportions, so in the interest of sanity, we’ll try to avoid any direct comparisons to other operating systems. It’s no secret that there has been a growing trend in recent years toward developers, especially of the web variety, choosing a Mac as their main dev machine. In this two-part series, we will examine some of the reasons behind this trend, look at some of the pitfalls of switching to the Mac, and go over the must-have software and configurations every switcher should be aware of. You might be interested in the following related posts: • • • First Reason for Switching: Mac OS X You may have noticed the rise in the number of colleagues and fellow developers who are choosing a Mac as their next computer. If you haven’t, you’re probably either working for Microsoft or you have an MBA.

So why is it so compelling?

Well, simple situation. I happen to be a software engineer who uses mostly Delphi and C# for software development. Delphi is great for desktop applications while C# is ideal combined with ASP.NET for web applications. However, I am considering to teach myself more about software development for the Mac. Xcode and Cocoa would be the environments to start with. Learning new languages is no problem for me! However, before starting to write code on a Mac, I first need to buy one and they're reasonable expensive so buying one is a decision that will take me a few months before I know which one I need.

Mac photos app for windows. So, to help me right now, I would like to know the possibilities that I have to learn more about Mac development without the need for a Mac! For example, does OS X work in a VMWare environment? Are the development tools also available for Windows? Is there a clear API overview of the OS X libraries? Or should I first buy a Mac, play with it for a few weeks and then decide on how to develop software for it? In other words, should I start spending now, or in a few months?:-).

Designers and developers have many choices to make when it comes to getting work done, from what frameworks, languages, and image editing software to use, to what platform to run. The latter is an oft debated and controversial topic and the mere mention of it risks setting off flame wars of epic. XCode is an incredibly powerful toolkit for app development. Live stream app for mac. It’s also refreshingly easy to use, especially for developers accustomed to cumbersome and complicated programming software for PC. Learn more about how to use XCode by reading our iOS programming tutorial. Whether you are a seasoned app developer looking to update your Mac to something more substantial, or just trying your hand at creating an app for the first time and hoping to find a low cost Mac.

Pc Or Mac For Photography

Good Mac (or iPhone) software is an artisan product; it reflects the culture and tastes of Mac (or iPhone) users. Because the Mac is a premium platform, users tend to be more sensitive to the feel and polish of the apps. Thus to successfully program for the Mac/iPhone or even grok the Cocoa frameworks properly, you have to grok the Mac user experience. Although many coming from the Windows or other-UNIX world try to skip this step, they do so at their own peril. So, as a Mac developer (who also writes for other UNIX OSes), my recommendation is buy a Mac and start using it, full time if you can.

A Mac Mini is completely adequate for development and will set you back only a few hundered dollars, including the OS. Consider that on Windows, this is often less than the price of a full VS license. Everything else (Xcode, libraries, etc.) are free. Once you have a Mac and begin to grok the feel of things, you'll discover that there are a number of development options. Besides the Cocoa frameworks--which can be used from Python (via the built-in PyObjC bridge), Ruby (via MacRuby or RubyCocoa)—-there are a number of other options. Qt from Nokia and Mono are viable.

Often cross-platform apps written in Qt or Mono are disliked on the Mac because they don't feel 'native' (see above), but really the problem is not the framework. If you get the Mac user experience you can write a very passable Mac app in a cross platform framework. You just have to intend to write a Mac app, not get a Windows app working on the Mac. 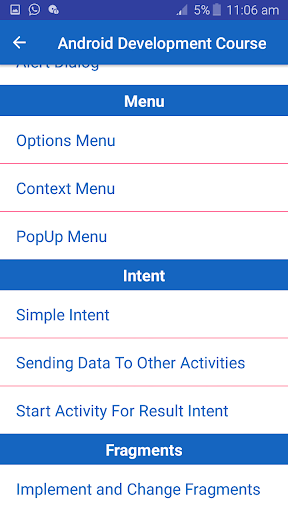 You definitely want a Mac if you want to develop for the Mac. Even Java requires local testing. That said, Macs are not very expensive and run Windows too. If you want to learn and start programming before you have a Mac, I recommend either Java or.NET, specifically Delphi Prism. See here my own first experiment with Delphi prism: You can write a program for Windows, keep GUI code and other code separate and later replace the Winforms GUI with a native Cocoa GUI on the Mac.